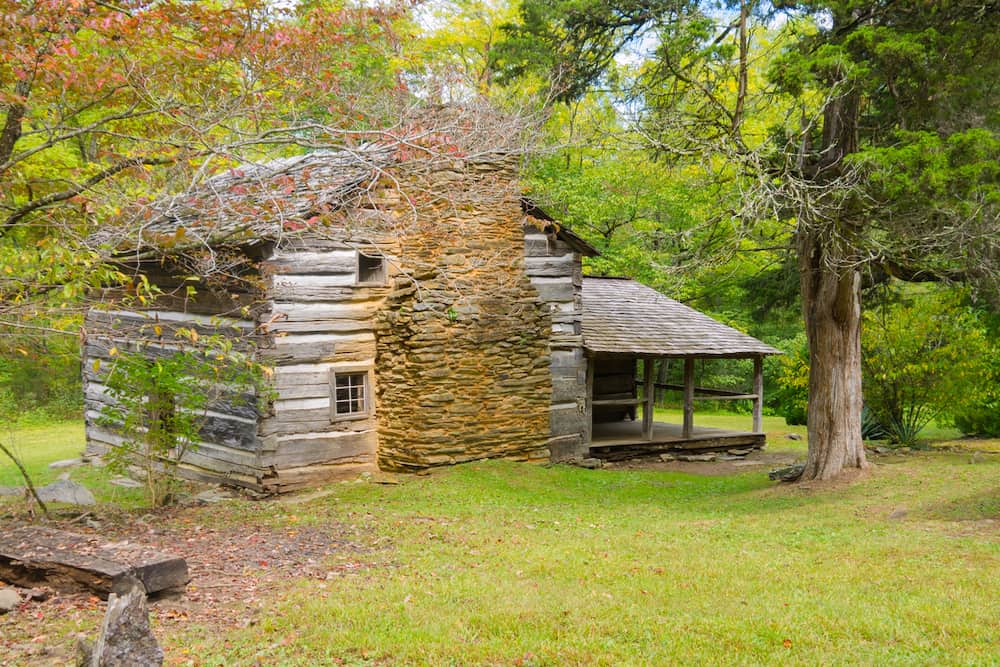 When the Great Smoky Mountains National Park was being created, hundreds of families were asked to leave their mountain homes. While some folks complied and others fought to stay, most families moved immediately. There were a select few who received a special lifetime lease to stay in their log cabin, including the six unmarried Walker Sisters. Today, you can still visit this historic cabin while hiking along the Metcalf Bottoms Trail! Here is everything that you need to know about the Walker Sisters and their cabin on Metcalf Bottoms Trail:

Background of the Walker Sisters

The Walker Sisters were a group of women who spent their entire lives in a cabin along the Metcalf Bottoms Trail in Little Greenbrier Cove. The cabin and property were obtained by their father, John Walker, when he returned from the Civil War. John and his wife, Margaret, raised 11 children in the cabin including 7 daughters and 4 sons! While the Walker boys left home or got married, only one of the sisters married and the other sisters stayed in Little Greenbrier. They lived in the cabin with their father and then inherited the farm after his death in 1921. Although one of the sisters died 10 years later, the remaining girls spent the rest of their lives feeding and clothing themselves, raising livestock and maintaining their mountain homestead.

National Park Moves Into the Area Congress approved authorization of the Great Smoky Mountains National Park in 1926, which allowed North Carolina and Tennessee to start raising money to purchase nearly half a million acres. Since most of the land was privately owned, families were asked to sell their homes and move outside of the park boundaries. The Walker Sisters refused to leave their mountain home and 122 acre homestead, holding out until 1940 when President Roosevelt officially dedicated Great Smoky Mountains National Park. With the creation of the park, the sisters received $4,750 for their land and permission to continue living in their cabin for the rest of their lives.

New Restrictions in the Lives of the Walker Sisters

Although the Walker Sisters received a lifetime lease to remain in their home, the establishment of the national park led to many new restrictions. As a result, the Walker Sisters were not allowed to hunt, fish, graze livestock or cut wood. However, to make the most out of their situation, they became quasi-ambassadors for the national park by entertaining tourists. When visitors came to Little Greenbrier, the Walker Sisters would say hello and sell their homemade products, such as fried apple pies, crocheted doilies and children’s toys. The last of the sisters lived in the house until she passed away in 1964.

Where to Find the Walker Sisters Cabin Now that you know where to find the Walker Sisters cabin on the Metcalf Bottoms Trail and the fascinating history behind these women, check out some more of the best hikes in the Smoky Mountains!