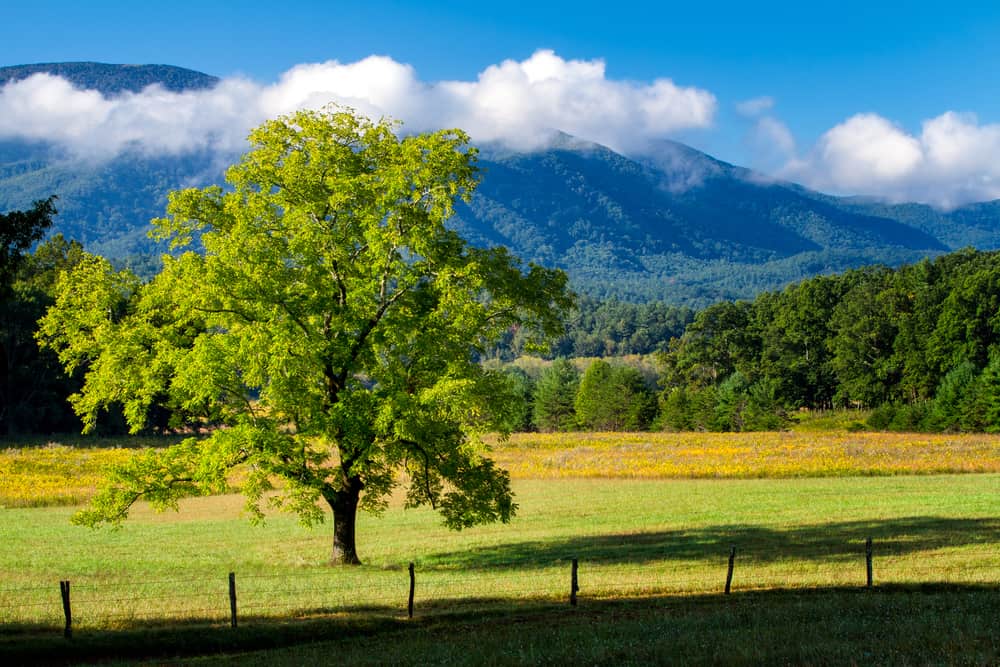 Cades Cove is one of the most popular places in the Great Smoky Mountains National Park, and it’s not hard to see why. This beautiful area has it all: a campground, hiking trails, a scenic drive, wildlife and more. About 5 million people visit Cades Cove each year!

Cades Cove is rich in history. The first settlers in Cades Cove came sometime between 1818 and 1821. When you tour the cove, you’ll get to see some of the homesteads and historic buildings that still stand today. The buildings include 3 historic churches, a working grist mill, barns, log houses and more that have been restored. The Cades Cove Loop Road is an 11-mile, one-way loop that allows drivers to take in the sights from the comfort of their cars. The road has several pull-offs and parking areas along the way where you can stop, take pictures and get out to explore. There are gorgeous views, historic structures, wildlife and more! Cade Cove is one of the best places to spot black bears in the Great Smoky Mountains National Park, and you can also see white-tailed deer, wild turkeys and coyotes, among other wildlife.

Here are some of the top things to see along the Cades Cove Loop: Cades Cove is home to some of the best hikes in the Smoky Mountains. One of the most popular trails in the Abrams Falls Trail. This 5-mile round-trip hike features a gorgeous 20-foot waterfall. For what the waterfall lacks in height, it makes up for in volume. The water rushes over the falls and collects in a deep pool at its base.

Other hikes that begin in Cades Cove are Thunderhead Mountain and Rocky Top. 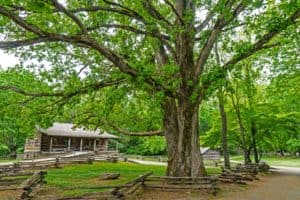 Located about halfway around the Cades Cove Loop Road, you’ll find the Cades Cove Visitor Center. The visitor center is open daily, with the exception of Christmas, and includes indoor and outdoor exhibits about the Smoky Mountains, the John P. Cable Mill, a bookstore and shop, and restrooms.

The Cades Cove Visitor Center hours are as follows: Cades Cove is open daily from 8 a.m. until sunset.

Cades Cove Campground has 159 sites that allow tents and RVs up to 35 feet. It’s open year round.

Cades Cove Riding Stables is located near the entrance of the Cades Cove Loop Road. Riders of any skill level can enjoy horseback riding in Cades Cove. The guided horseback rides will take you past mountain streams, scenic views and more. The stables also offer guided carriage rides throughout the cove.