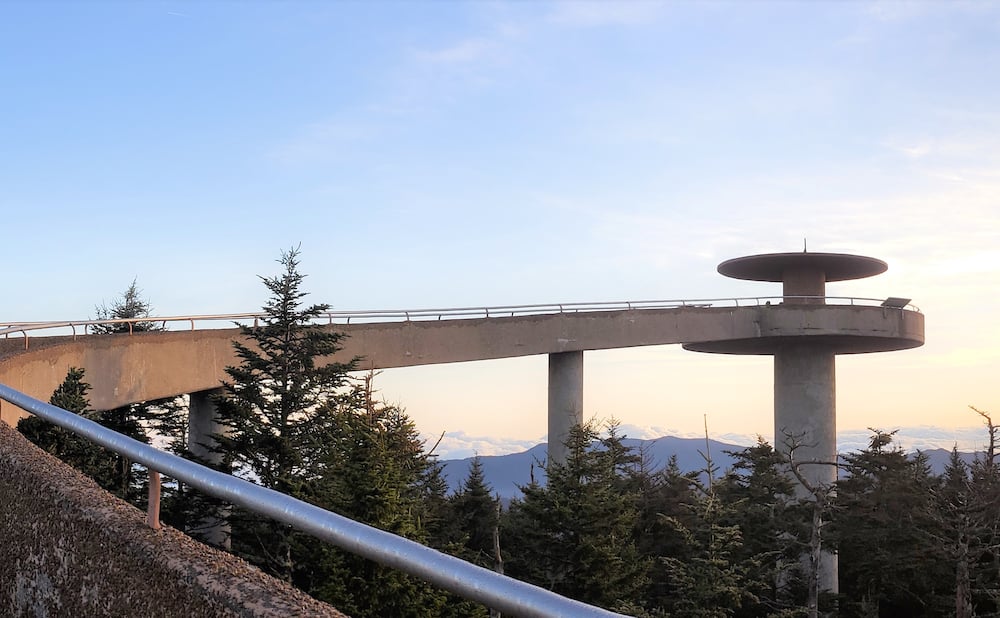 Clingmans Dome is one of the most popular destinations in the Great Smoky Mountains National Park. As the tallest point in the national park with views over 100 miles away, it makes sense! This is one of the first areas to experience changing colors in the fall, and the views are breathtaking. Plus, sunrises and sunsets here are a sight you don’t want to miss. But what about your journey to get to the top of the observation tower? Check out these 5 secret stops you should make on the way to Clingmans Dome:

The Great Smoky Mountains are rich in history, and that includes along the way to hike to the observation trail! Indian Gap is a historic site that used to be a travel route Native Americans used hundreds of years ago. Later, the routes were turned into toll roads, and Indian Gap sits where these roads met. Today, this area is a parking lot for the Road Prong Trail, and this road trace descends along the old Native American trails. You can continue along the trail to see even more remnants of the Indian Gap path.

Around the Indian Gap area, you will also see the Fraser Fir forest. These trees are recognizable, because all of our artificial Christmas trees are modeled after them! These trees provide a vital habitat for several wildlife species, including the northern flying squirrel, the Weller’s salamander, and the Spruce Fir-Moss spider. You may be thinking, “what’s so special about trees?” Well, these are actually one of the nation’s most endangered trees. Balsam wooly adelgid are insects that infest the trees and kill them over time. In addition to these bugs, acid rain and other pollutants contribute to the endangerment of these trees. It’s pretty cool to see some rare plants on the way to Clingmans Dome! Another stop you’ll want to make before you climb to the top of the tower is the Spruce-Fir Nature Trail. This hiking trail is 0.35 miles long, making it an easy path to follow. This trail technically isn’t on the official park map, but it is maintained by park officials since so many people love to travel it. This trail takes you through a Spruce-Fir forest, and these species are only found in the highest elevations. Near the end of the trail, you’ll see several large quartz rocks, and in the early spring and summer, you could see incredible wildflowers on this hike!

As you’re driving on Clingmans Dome Road to get to the trailhead, you will probably see some of the weeping walls! These are beautiful rock formations where moisture and water condensation form, making it look like the walls are crying from dripping water. In the winter, the water freezes, creating amazing ice sculptures. You don’t want to miss out on the experience of seeing these secret spots while you’re in the Smoky Mountains! You’ll have fun at one of the most popular destinations, but you’ll also love finding some hidden gems along the way too. Want to know more about where you’re going? Check out these fun facts about Clingmans Dome!