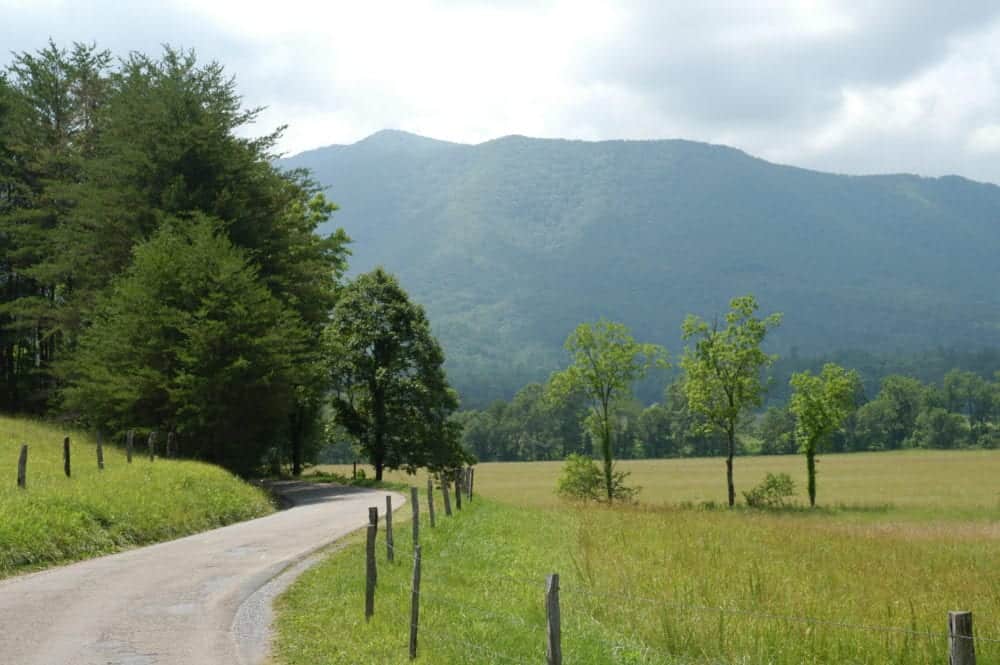 Cades Cove attracts more than 2 million visitors per year, and is the most-visited section of the national park! That’s because not only does it offer great chances to view wildlife, but it’s full of a number of historic buildings and landmarks. You can find John Oliver’s cabin, one of the oldest historical structures in the National Park. The cabin was built in the early 1820s by John and Lucretia Oliver, who were the first to come to this area of the Smokies. You can also see 3 beautiful churches that each come with their own unique history. There’s the Primitive Baptist Church, the Missionary Baptist Church and the Methodist Church. And we can’t forget to mention the John Cable Grist Mill. The Cable Mill was built in the early 1870s and processed logs, wheat and corn. The mill is still functional, and visitors can purchase its corn meal at the Cades Cove Visitor Center seasonally. These are just a few of the many historic sites in Cades Cove!

The story of Elkmont Ghost Town is definitely an interesting one. What was once a sleepy mountain community transformed into a bustling logging town in the 20th century when the Little River Lumber Company was formed and a railroad was built to connect the logging operation to a sawmill in Tuckaleechee Cove. Many of the residents got lifetime leases for their summer cottages, but many of the leases expired in 1992, turning Elkmont into a ghost town. Some of the cabins are still being preserved by the National Park Service and are open to the public to walk through and view. 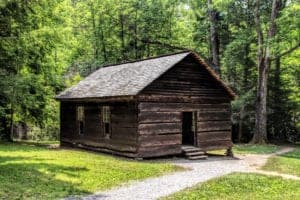 The John Ownby Cabin, which was built in 1860, was constructed from tulip trees, white pine logs and clay mortar. If you hike the Fighting Creek Nature Trail in the National Park, you’ll get to see this historic log cabin, along with beautiful forest scenery and a mountain stream. The John Ownby Cabin is one of the oldest remaining pre-park cabins in the Forks of the River community. It was added to the National Register of Historic Places in 1976. The Little Cataloochee Church was built in 1889 and served about 1,200 people who lived in Cataloochee Valley at the time. It is a white painted church surrounded by the Smoky Mountains and was a popular place for community gatherings. The well-maintained cemetery that is close to the church became the final resting place for many of its members. On Memorial Day, many descendants of the early Cataloochee families return to the church to decorate the graves of their relatives.