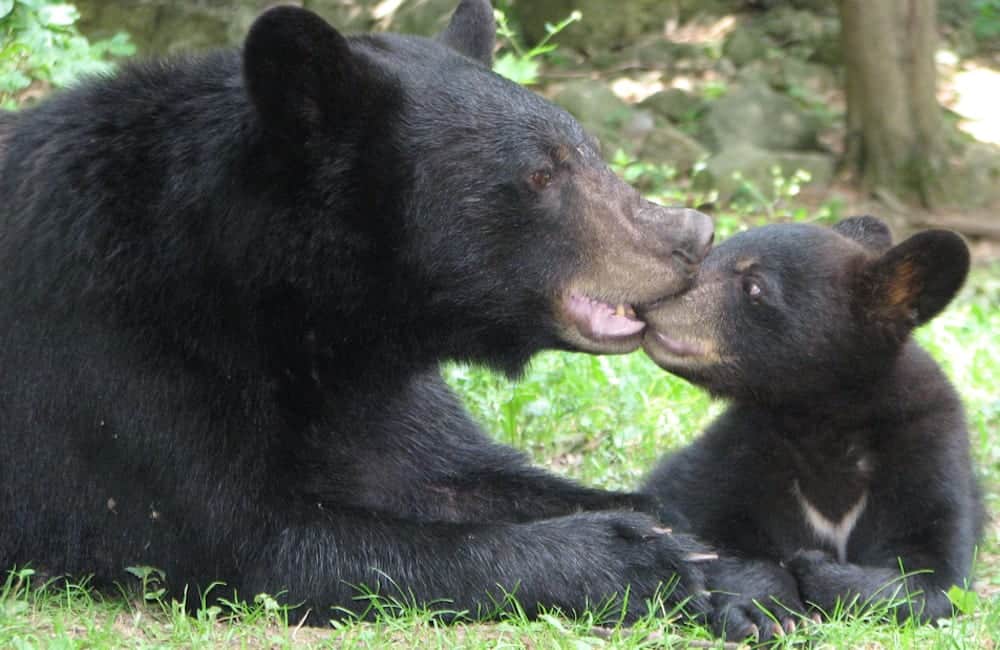 When you think of the Smoky Mountains, you probably also think of black bears. They’re just one of the many animals that live in the national park, but they are by far the most popular! Everyone wants to see a black bear while they are visiting, and we want to share some interesting things about these beautiful creatures! Check out these 5 facts you should know about black bears in the Smoky Mountains: In the Great Smoky Mountains National Park, biologists estimate there are about 1,500 black bears. At this number, this creates a population density of two bears per square mile. They can live at any elevation in the park, so you could see them near cabins in the woods or as you hike to the summit of Mt. LeConte!

2. Approaching Within 150 Feet is Illegal

Within the national park, it is illegal to approach black bears within 50 yards or 150 feet. You should use binoculars, cameras, or spotting scope to look at bears up close instead of trying to physically get near them. Keeping your distance prevents the bears from becoming disturbed, and keeps you and the bears safe. Many people think black bears in the Smoky Mountains are carnivores, but they are actually omnivores! About 85 percent of their diet is berries, plants, and nuts. For protein, black bears will eat Insects and animal carrion.

4. Double Their Weight by Fall

We all know bears hibernate in the winter. Before their hibernation, they can double their body weight! Male black bears can weigh about 250 pounds on average, while a female black bear weighs about 100 pounds. Record weight for black bears is up to 600 pounds! Bears eat extra to double their weight by the fall since they sleep for so many months so they don’t have to wake up and try to find food in the winter.

5. Most Likely See Black Bears in Cades Cove or on Trails

6. Not All Black Bears are Black

You probably don’t know this, but not all black bears are black! In the Smoky Mountains, almost all of the bears are black, but in other regions, the bears can be brown or even cinnamon. You may notice some brown fur around the black fur, too.