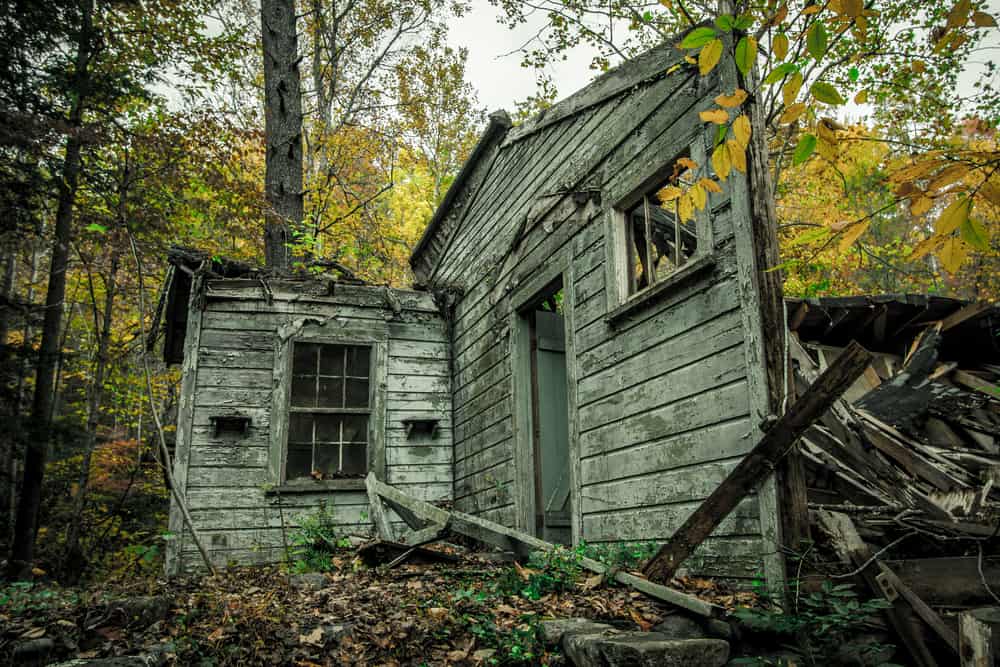 Exploring the Abandoned Elkmont Ghost Town in the Smokies

It doesn’t matter if you love history, spooky sites, or the Smokies, you won’t want to miss visiting the Elkmont ghost town. This little area is now considered a hidden gem, but it was once a popular area for vacationers coming to the mountains. So what happened to this town and why is it abandoned? It’s all part of the Great Smoky Mountain history, and you can experience it when you see this ghost town in person. Although it doesn’t look like it today, this little town was where the Great Smoky Mountain tourism industry possibly got its start.

Before it was a national park, the Smoky Mountain area was populated with logging companies, and Elkmont happened to be a logging town. It was owned by the Little River Lumber Company, and to make transporting lumber easier, the owner of this company built a railroad that connected the logging site in Elkmont to their sawmill in Tuckaleechee Cove.

In 1910, Little River Lumber Company started selling land to people for a private social club, called The Appalachian Club House. Guests were able to stay at the lodge, but they began to build their own vacation cottages.

Families would use the railway to get to their vacation homes. People would come to the resort for dances, live music, and games. Vacationers continued to enjoy their Smoky Mountain getaways for the next two decades.

Birth of the National Park Then the movement of establishing national parks started to accelerate. A founder of The Appalachian Club, named Colonel David Chapman, was an advocate for establishing the Smokies as a national park. He actually hosted legislators at the club to help convince them that the Smoky Mountain area should be preserved, and it worked.

The Great Smoky Mountains Conservation Association started to acquire land to donate to the park. Most of the park is actually made up of land that was once individual properties, including cabins owned by club members and other locals.

Many of the Elkmont cottage owners didn’t want to give up their vacation getaways, so they sold them for half price in exchange for lifetime leases. This meant that as long as the owner was still alive, they could continue to use their homes, while other people within the park’s boundaries were forced to sell. Today, you can explore the ghost town at your own leisure. Although the buildings are being restored, they aren’t considered sound, so you should not go inside them.

Even if you can’t see inside these vacation homes, walking outside them gives you a pretty good idea of what life was like when this little town was in its heyday. There are several cabins and a lodge from The Appalachian Club still standing.  Surrounding the ghost town, you’ll see other remains of vacation homes, including stone chimneys, foundations, fences, and much more.

In addition to these historic buildings, you’ll also find the Elkmont troll bridge, a hidden gem tucked away near these cottages! No one knows who built it or why, but we’re sure people enjoyed it when they visited back in the day!

It’s a wonder to walk among these empty homes where people once enjoyed a mountain getaway. The Elkmont ghost town should definitely be on your list of places to visit in the Smokies. Wondering where else you should go in the park? Check out these popular destinations in the Smoky Mountains.